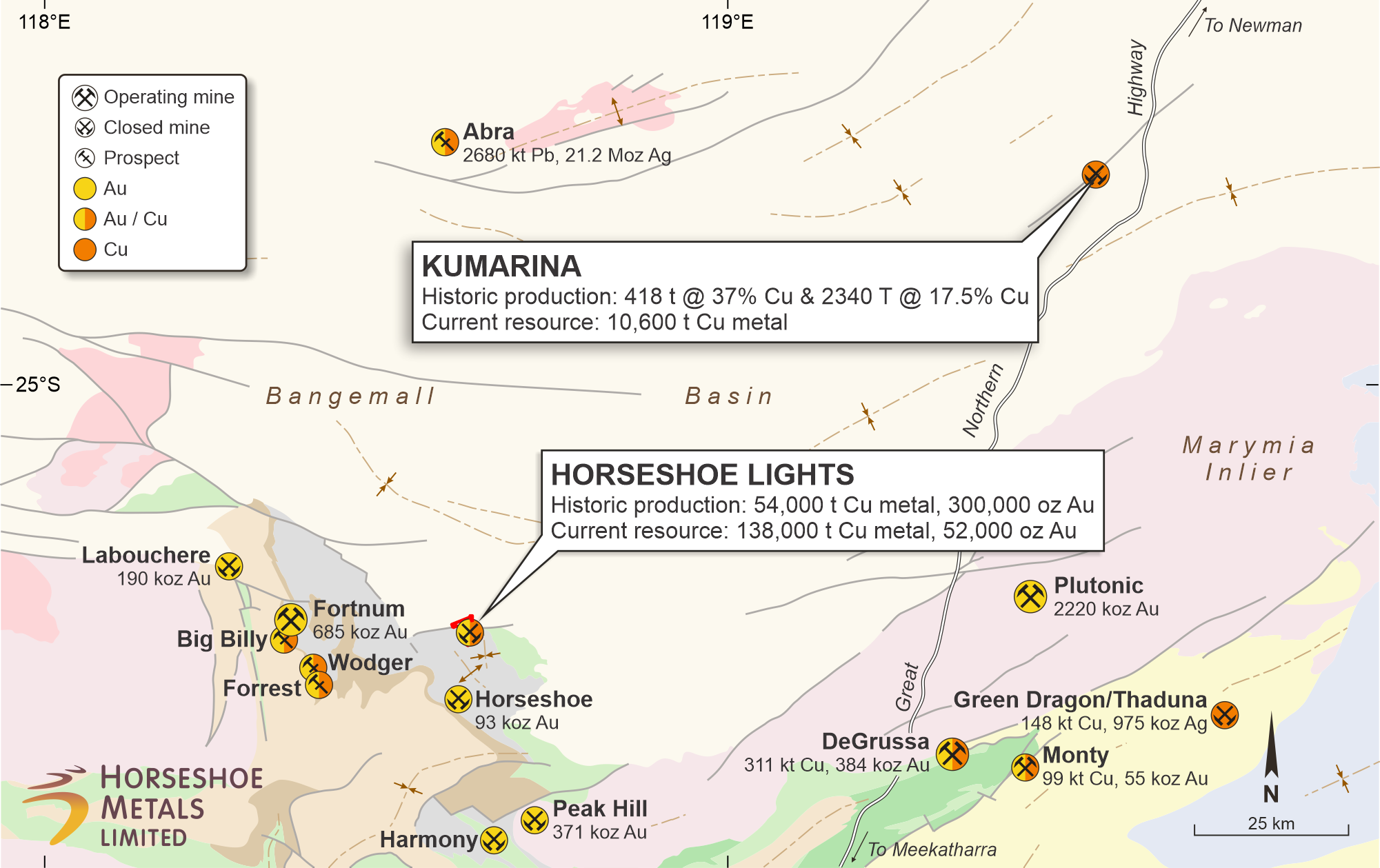 The copper deposits at the Kumarina Project were discovered in 1913 and worked intermittently until 1973. The workings extend over nearly 5 km as a series of pits, shafts and shallow open cuts. At the main Kumarina Copper Mine, the workings are entirely underground with drives from the main shaft extending for some 200 m in the upper levels and for about 100 m in the lower levels at a depth of 49 m below surface.

Incomplete records post-1960s make it difficult to estimate the total copper production from the workings. However, indications are that the Kumarina Copper mine was the second largest producer in the Bangemall Basin group of copper mines. Recorded production to the late 1960s is 481 t of copper ore at a high-grade of 37.0% Cu and 2,340 t at a grade of 17.51% Cu.